Utopia has acquired the North American rights to the fashion documentary “House of Cardin” by filmmakers P. David Ebersole and Todd Hughes.

The film, centering on the life and work of designer and entrepreneur Pierre Cardin, held its world premiere at the Venice International Film Festival and was set for a North American tour at the San Francisco, Dallas, Boston, and Seattle Film Festivals before the widespread COVID-19 cancellations and postponements.

Ebersole and Hughes produced under their banner, The Ebersole Hughes Company, alongside Cori Coppola. Utopia will release the film in August ahead of September’s New York Fashion Week and a subsequent Paris premiere hosted by Cardin himself.

“’House of Cardin’ brings a fresh understanding of just how incredibly groundbreaking Pierre Cardin’s role in the fashion industry has been,” said Robert Schwartzman, co-founder of Utopia. “From his unique and fearless design aesthetic to his vision for brand licensing development and celebration of diversity, Cardin laid a foundation for much of the modern-day fashion industry that we see today.” 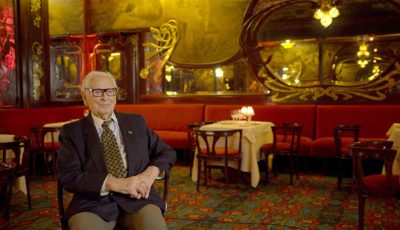