The eight-part series is the second Glassriver production, picked up by REinvent Studios after the comedy show Ordinary People.

Helene Aurø, REinvent Studios’ Director of Sales and Marketing said: “I really believe in Icelandic TV dramas. They are relevant and the market is very responsive to strong Icelandic talents and unique locations. Fractures is a rare find as a medical, female-led show, with self-contained episodes.”

The eight-part series is based on a screenplay by Kolbrún Anna Björnsdóttir and Vala Thorsdóttir. We follow ER doctor Kristín (45) who has to move back to her childhood village, with her teenage daughter, while facing divorce. Kristín is far out of her comfort zone, as her pragmatic ideals are in sharp contrast with the village’s use of herbal medicine, spiritualism and psychic powers. She also has to deal with her own psychic mother Johanna, who forces her to face the ghosts of her past. Meanwhile the doctor is torn between her soon to be ex-Helgi, who tries to win her back, and an old flame-the local policeman Ragnar.

REinvent Studios will launch the series at the upcoming MIPCOM.

The premiere on the Icelandic pubcaster RÚV is set for 2021. 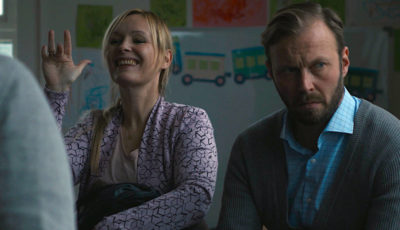